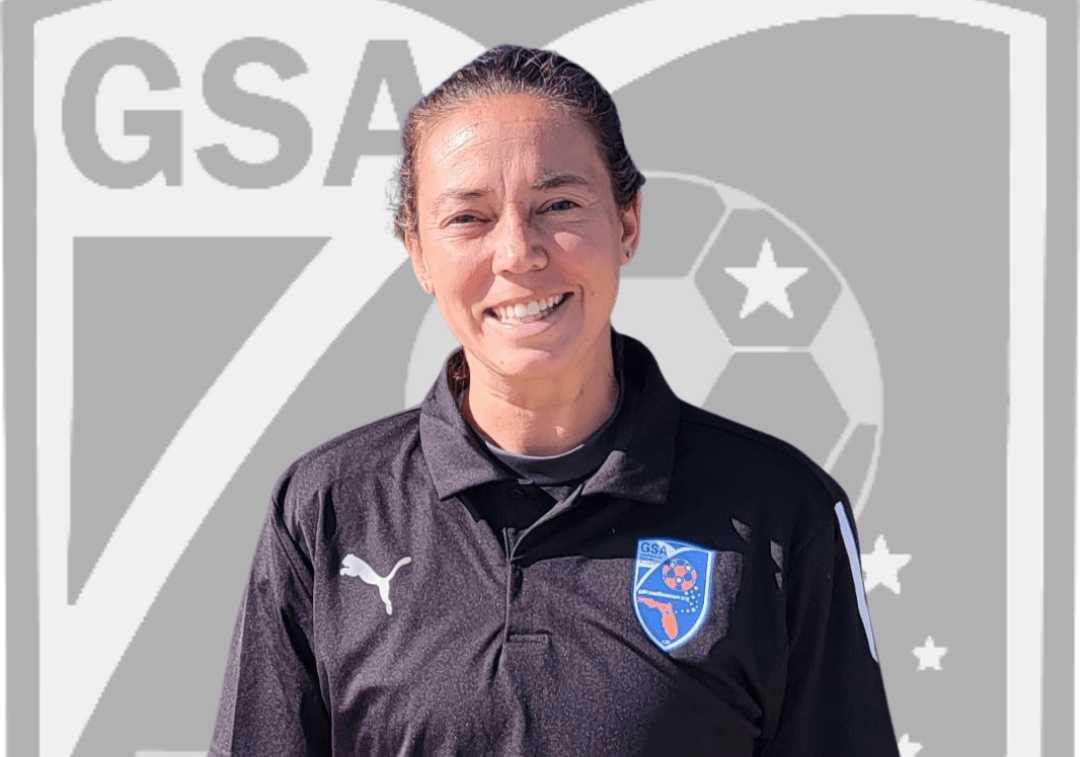 We are thrilled to bring Kerri Hanks Petersen over to GSA full-time next season! Kerri is a former professional women’s soccer player who played for Sky Blue FC and St. Louis Athletica in the Women’s Professional Soccer League.

Before playing professionally, she was a two-time Hermann Trophy winner (Collegiate Player of the Year award) and a 4 time All-American from the University of Notre Dame. She also competed with the US Youth National teams representing the U19, U21, and U23 age groups as well a couple of US Senior women’s team camps from 2006-to 2008. She was a member of the United States U19 national soccer team that won the gold medal in 2002 and a bronze in 2004.

After her playing career, she went straight into coaching college with Texas Christian University as an assistant coach. She also coached with the national powerhouse Sting Soccer Club in Dallas and as of recently was the Girls Recruiting Coordinator and head coach for United Soccer Alliance in Clay County which competes in the GA (Girls Academy League). In 2012 she was on the ODP Region III staff and will be rejoining the ODP Region III staff again this summer.

Kerri Hanks Petersen is being given the role of Competitive Girls Director and  will also serve as the GSA College Recruiting Coordinator.